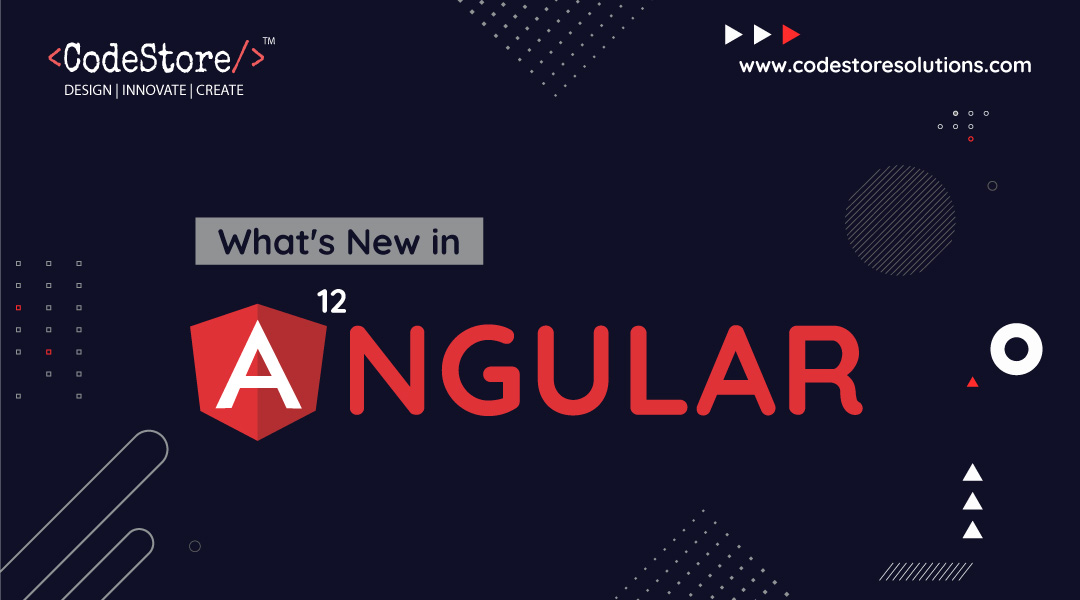 The Angular 12 major release is getting closer to “Ivy Everywhere”. Angular’s newest version is smaller, faster, and easier to use, and enables the transition of the Angular ecosystem to the Ivy compiler.

Angular 12, the latest production release of Google’s popular TypeScript-based web framework, has received an update. The long-term support LTS for Angular 11 will end within a year. And until then it will be active only for critical fixes and security patches.

Here in this blog, we will be discussing what all new things have been included in Angular 12 and features, that Angular version 12 will be provided to the developers.

Over sometime in the past few releases, we have been hearing of the IVY all around in the Angular space. Now, is when we can see moving towards the goal. All the new updates in Angular 12 are little efforts to enable the transition of going “IVY Everywhere”.

So, let’s start the blog and know more about all the new features that one needs to know. 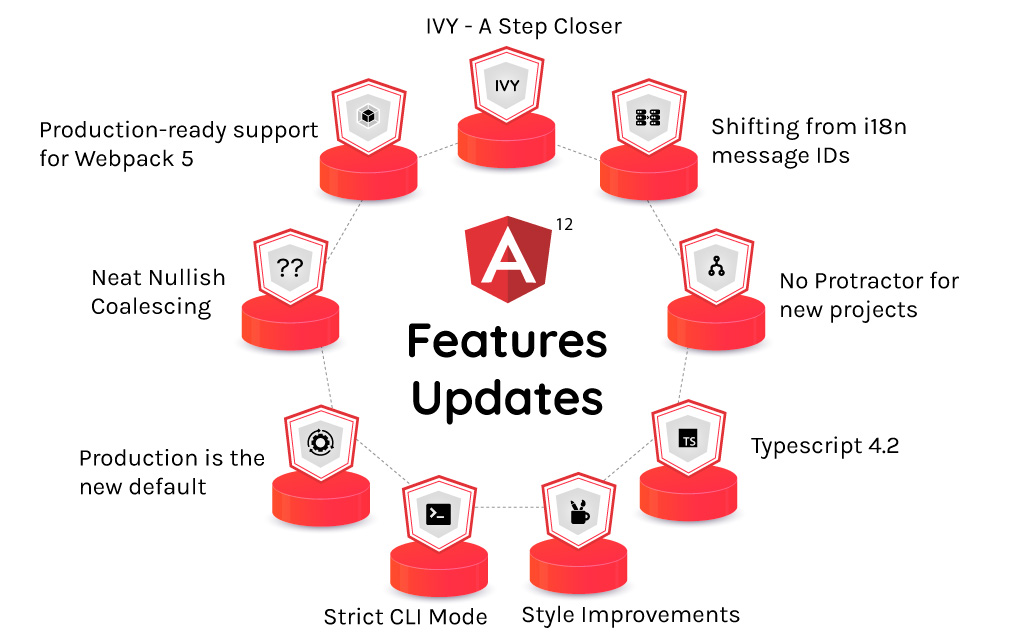 The big announcement of deprecating the View Engines is out, and hence, none of the future major releases will have it. If your existing libraries are using View Engines, do not worry, because your libraries will work fine with IVY applications as well.

Angular developers have nothing to fret about here, but yes the Angular library authors need to start working upon the IVY transition and the Angular community’s post will help them.

We no more need to be cautious about using legacy message ID formats like whitespaces, ICU expressions, and format templates. Angular 12 has brought a more resilient and intuitive ID format that will minimize the invalidation and retranslation cost.

Though all the new projects since Angular v11 were auto-configured to the new message ID. Now, with Angular 12 we’ve got the essential tools to migrate the translations.

No Protractor for New Projects:-

Though the core purpose of the state of the protractor was to manage the flow of the asynchronous operation without using promises, the protractor never helps in upgrading it.

The progress on the protractor feedback is still ongoing and henceforth, the Angular community has decided to restrict the usage of the protractor in new projects and rather use third-party solutions in Angular CLI.

There are many alternative solutions that are tried with Cypress, WebDriverIO, and Test cafe.

One of the major updates in the feature of Angular 12 is the support of Typescript 4.2.

Typescript 4.2 will not authorize essential variables and other relevant information to appear incorrectly by improving the in-operator. Likewise, the improved TypeScript version will return significant valid monikers and the right types, reducing duplications and errors.

Typescript 4.2 in Angular 12 makes it easier to inspect a class and allows abstract modifiers for constructor signatures.

The best part of Angular 12 features is this amazing thing-they have added support for inline SaaS in styling fields and component decorators. Earlier, developers could only avail SaaS from external mediums because of the limitations of the Angular compiler.

One can add the support by using the SCSS or one should add the following command: “inlineStyleLanguage”: “scss” is your JSON file.

Talking about the Tailwind CSS, Angular v11.2 had already enabled the support for styling. Another noteworthy update is that Angular Material and Angular CDK have adopted the new SaaS module, for which you’ll have to download the saas npm package and switch from node-saas.

The new SaaS API comes with the @use syntax, which makes it more useful and has meaningful naming conventions. As you update your web app to Angular 12 features, you will be automatically switched to the new SaaS API.

With Angular 12, Strict mode is enabled by default in the CLI, This assists developers to catch bugs earlier in the project development cycle. This mode improves maintainability and is simpler to statically examine applications. On top of it, the CLI mode can help the ng update command refactor code more securely and accurately when updating apps to the latest version of Angular.

Production is the new default:-

This is an operator that has been assisting developers to compose cleaner code in TypeScript classes for quite some time now. Angular 12 brings the power of nullish coalescing to templates. It is the coolest feature that makes the process of complex conditional statements easy and simple.

This feature enables developers to set a default value to a variable other than Undefine or Null.

With the use of new syntax turns into something much cleaner as follows:

Webpack is an important component of the Angular CLI, and it plays a major role in bundle size creating modules and wrapping the entire network up into manageable output files. Webpack 5 is a substantial delivery as it contains various breaking changes and features.

Angular is the preferred choice to build robust web and mobile applications. With the arrival of the latest version i.e Angular 12, the development team can help a pile of improvements to its performance, language service, compiler, form validation, and much more. The incorporation of the ivy ecosystem is certainly a major enhancement.

In addition to this, the new version would also feature improvements in styling, Nullish Coalescing, and shifting from legacy  i18n message IDs as some other important features that make this release a stable one. On top of this, you can also expect a variety of bug fixes, affecting the compiler, core, router, and more.

As the next phase in this excellent journey, there are talks about “Zoneless Angular” that would offer Zone.js choices and at last, offer more control to the development community. With the looks of it, the latest stable version is here to stay for a long time, however, we have our hopes high for what new next-gen development frameworks will surprise us within the coming days.

Now, all you have to do is start looking for the best and trusted software development service provider. CodeStore Technologies is here to leverage the exceptional functionality of this nifty framework to the benefit of your business. As an experienced Angular app development company, we build a robust and highly dynamic frontend for web and mobile apps.

Our highly experienced team of developers is well-versed and updated with features. They are capable enough to build enterprise-grade software solutions for small, medium, and large-scale enterprises. With CodeStore Technologies, we can assure you to benefit from best-in-class Angular application development services. We are here to create the most modern and interactive interfaces for the most flexible mobile and web applications.