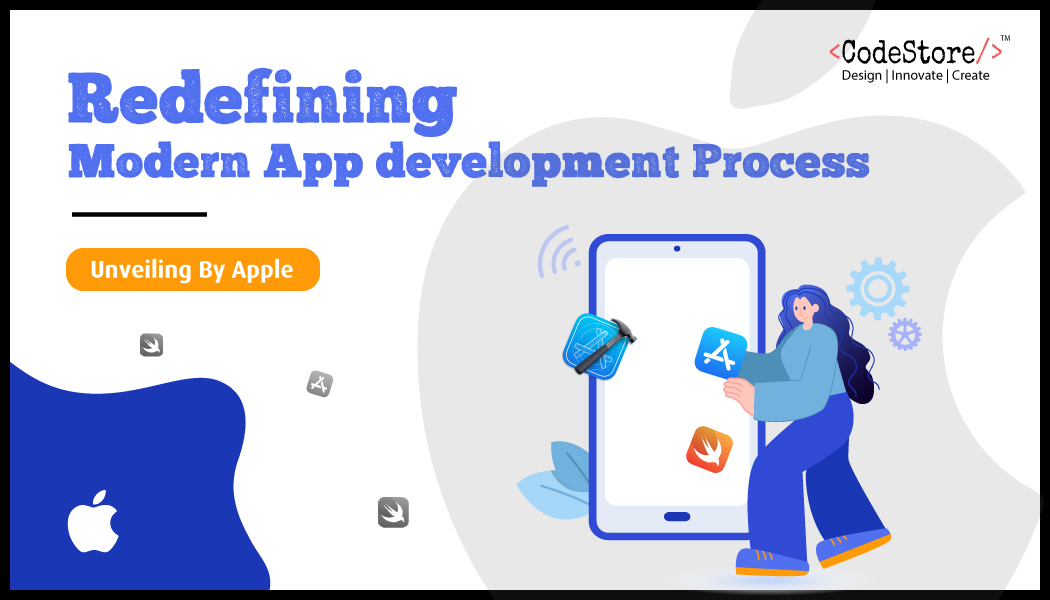 Apple recently has come up with all-new sets of tools and technologies for their developers. This new launch is set to help to make the iOS app development process more smooth. It will help the iOS app developers to build high-quality and flexible mobile apps very efficiently.

In the latest event Susan Prescott, Apple’s VP of Worldwide Developer Relations, mentioned that these exclusive tools are added to Xcode Cloud. The Xcode Cloud has an extensive range of all-new APIs. Constant innovations in the Swift Programming Language attract a huge audience. This makes Apple’s platform stronger and better than ever.

This is particularly designed for Apple developers, Xcode Cloud is an all-new continuous integration and delivers cloud services. Built into Xcode 13, its cloud offers a very fast and easy way for all app developers to build and test high-performance iOS apps even more efficiently. 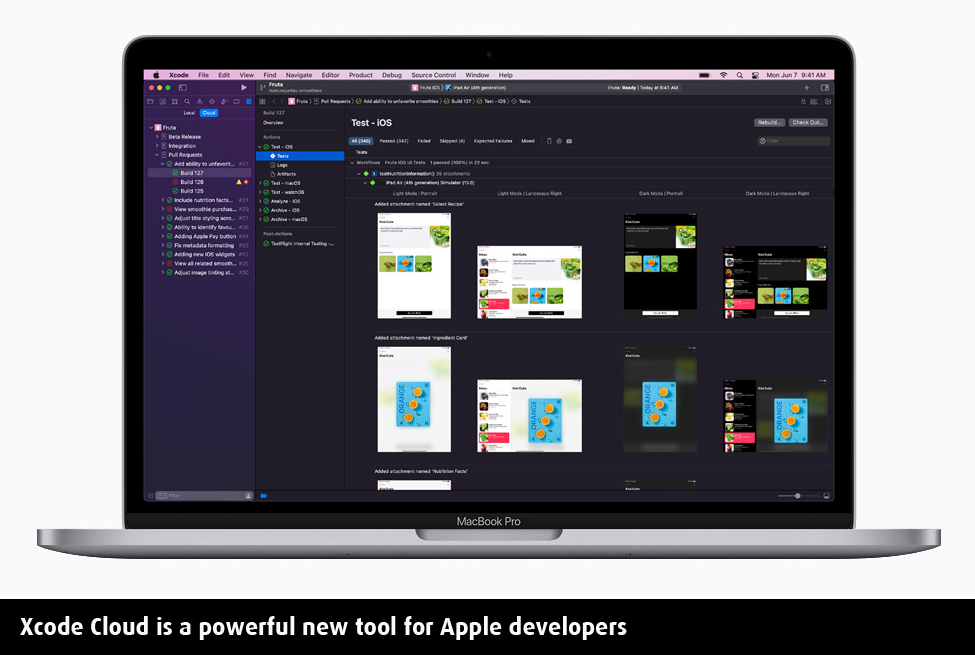 It can create applications automatically in the cloud which allows Mac developers to complete other tasks. Parallel testing in the cloud implies that developers can examine every Apple gadget’s simulated version and then deploy the app development for internal testing or deliver it to the external beta testers via Testflight for immediate feedback.

Swift, one of the most efficient and spontaneous programming languages, incorporates in-built concurrency support for developers and helps them in easier code-writing methods. The correspondence features will help developers in writing the most secure and quick codes with fewer mistakes and reap the complete benefits of the strong multi-core silicon across Apple gadgets.

In other words, SwiftUI has completely remodeled UI building by making it simpler to create the finest-looking apps with the least amount of code. 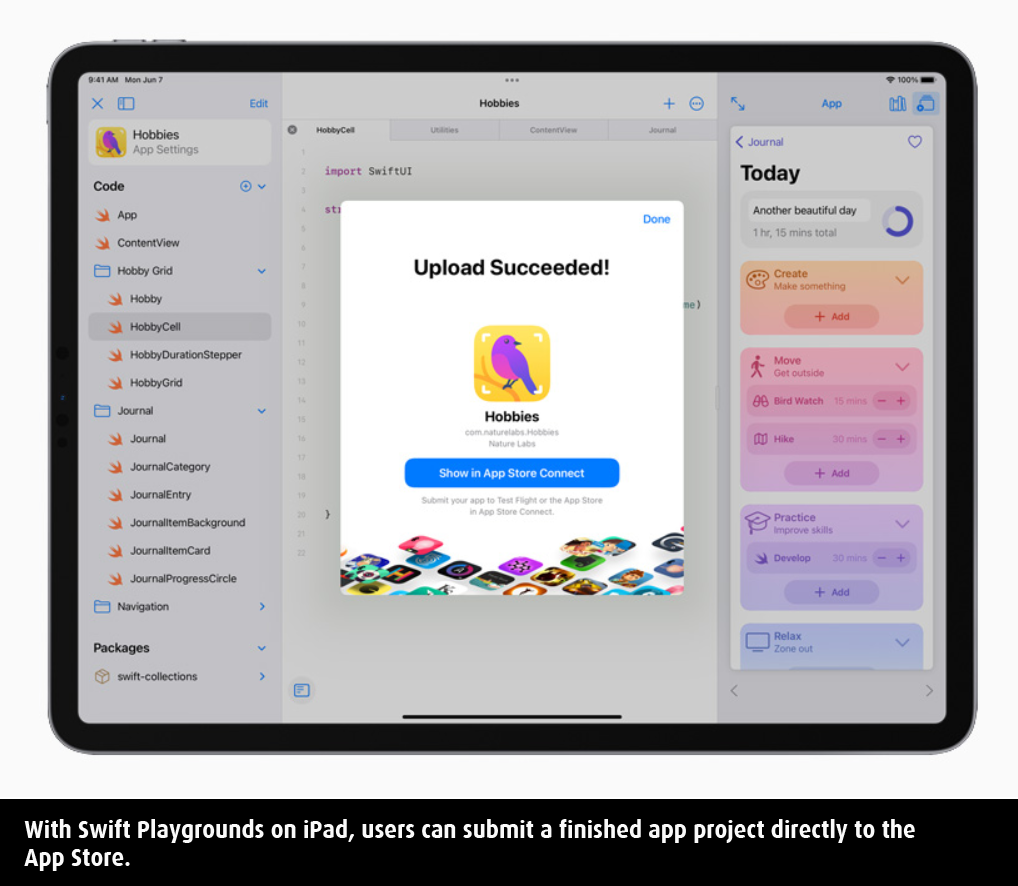 Swift playground is a perfect option for learning code directly on iPad or Mac. Swift playgrounds 4 is going to be launched by the end of this year. This will also help users make an app’s visual design with SwiftUI. Users can directly open and edit app projects in Xcode or Swift Playgrounds and finally can develop an app and submit it directly to the app store from iPads.

New tools and APIs in macOS, iPadOS, and iOS will assist the game developers to build the next-generation games and will also offer a unique experience to all users. An all-new Metal texture compressions tool supports every trendy and optimized format for Apple silicon. This makes it easier for developers to create high-end games for every Apple platform. 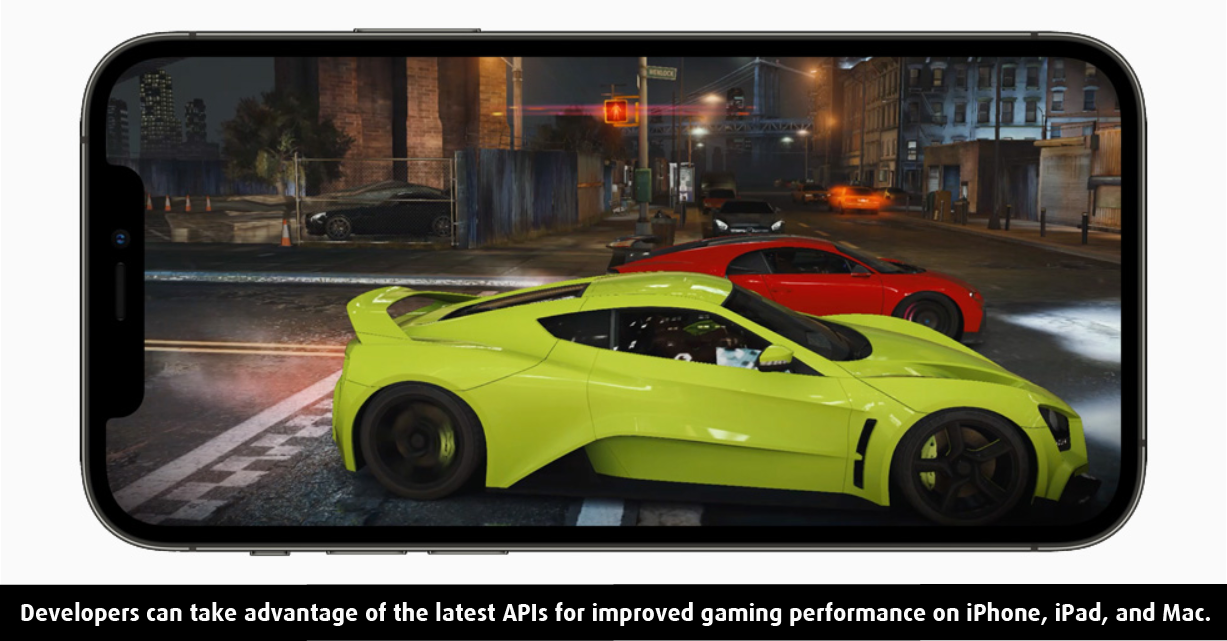 Moreover, a completely new virtual game controller has been added to the iPad and iPhone. This offers a simple technique for optimizing games that develop in-game controller assistance.

With the latest tools and technologies, now you can find more games and apps on the app store featuring events like live-streamed experiences, movie premieres, live competitions, and much more. You can discover these in editorial selections, customized recommendations, and on product pages of apps.

This increases the reach of developers’ events, and also helps developers connect with new users, reconnect with past users, and keep them informed about the status. Apple is launching new product page tools that will provide developers new ways to connect with users in the App Store and provide better flexibility.

Apple is also focusing on updating instructions that incorporate assistance for the increasing category of apps that provides creator content assistance. The code of developers’ code of conduct increases for keeping the App Store a genuine marketplace for users and developers. Incorporating updated instructions around developers’ identity needs extra client complaints, and review and rating manipulation. 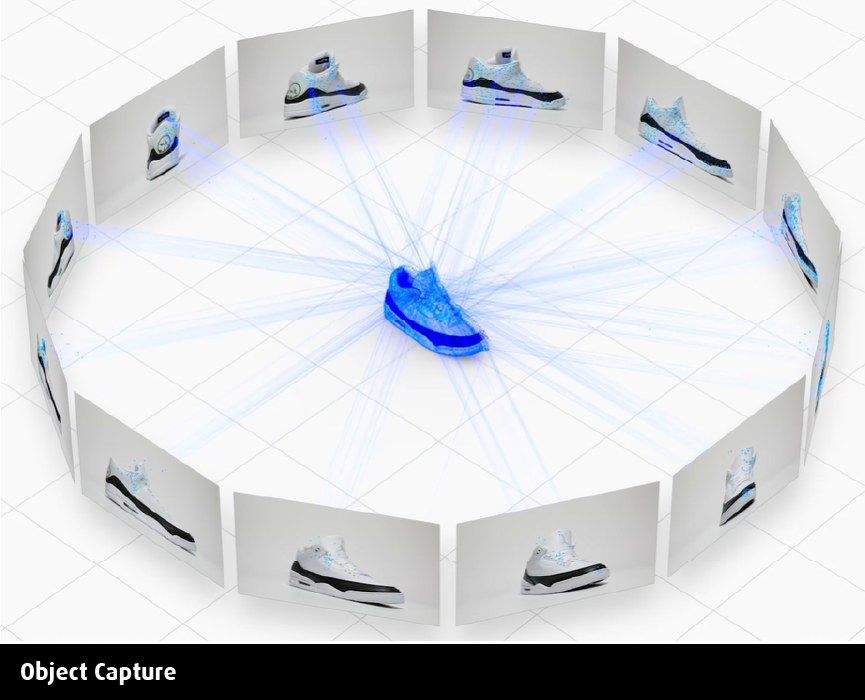 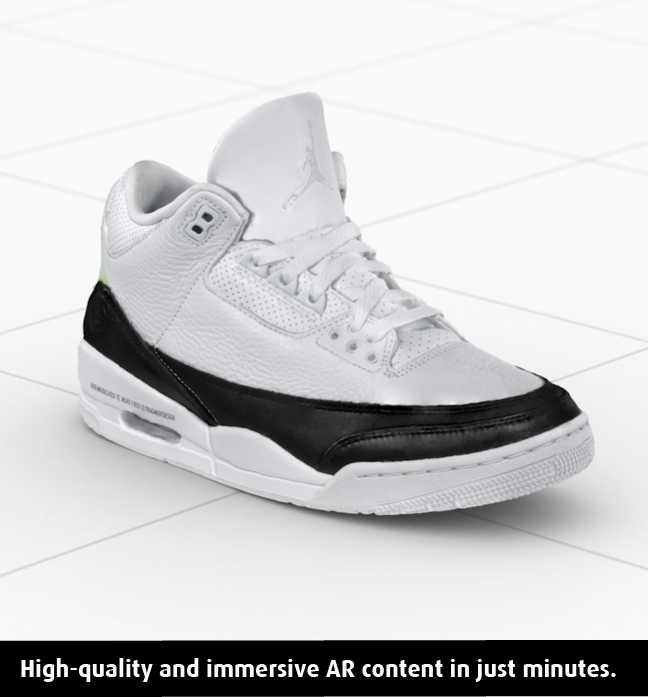 So, these were some of the latest tools unveiled by Apple in their latest event. They basically introduced these for the betterment of developers and to help them in developing the best application using iOS. Apart from these, some other developer APIs and tools were released in their latest event. Let’s also have some brief knowledge about those tools.

These applications can reap the benefits of the most recent FaceTime improvements, incorporating portrait mode, wide-spectrum audio, and voice isolation.

These enable greater fused pictures and include the capacity of capturing 1080pixel video. They also provide high-quality still images in a similar session.

These apps can presently display a map view in the instrument cluster display of a vehicle.  The all-new CarPlay simulator for Mac also highly boosts testing efficiency.

This allows developers to merge audio identification technology straight from Shazam into the apps, helping in matching music to the large song catalog of Shazam and enabling every pre-recorded audio for customizations.

This makes sure of the safety of in-app purchases for consumers. Moreover, it boasts new APIs for managing subscriber status and product entitlements.  This also helps in testing support in both the Apple sandbox environment and Xcode.

Messaging apps like We Chat and Slack can presently share user status in conversations. Applications like Uber Eats can get Siri to declare all incoming messages and new notifications. The new messaging app APIs help in making communication clear and sending high-priority notifications from apps like Zomato and Chase Mobile for approaching a Focus or Do Not Disturb.

Web developers incorporating Honey and Grammarly are creating extensions in Safari. We can access these extensions across Mac, iPad, and iPhone. Moreover, the developers can build strong, as well as new extensions in the Mac apps.

Now Apple can deliver the theater-like experience with spatial audio. This puts sounds all around for bringing music content to life. Also, Physical Spatialization Engine makes it seamless for game developers to execute true-to-life audio throughout all Apple platforms.

Apple Watch Developers such as Qardio, Pandora, Breakpoint Studio, and so forth are presently building new app experiences. It is believed that the apps will provide more intense customization levels. They will also help in making the user’s ambiance more attractive.

When Will These All-New Tools and APIs Be Available?

Developer betas for WatchOS, tvOS 15, iPadOS 15, and iOS 15 are already available to Apple developers. Xcode Cloud is now available as a limited free beta. With more availability this year, this is going to be accessible to every developer in the coming years. Many iOS app development companies have already started implementing all the latest tools and APIs.

If you have any requirements or queries then share them at sales@codestoresolutions.com.