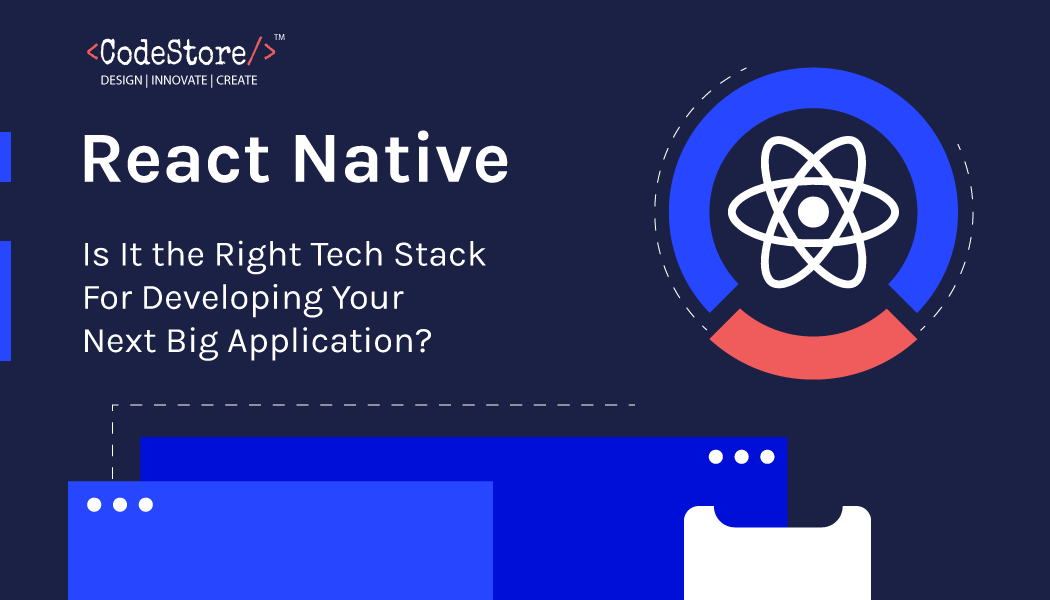 Back in 2013, when business giant Facebook announced the launch of React Native, nobody knew how tremendous benchmarks would be achieved by this open-source library in the mobile app development world.

Today, this library has set a whole new level of standards for developing functional and feature-rich mobile apps. And now, in 2022, it has become one of the leading repositories on GitHub, used by global companies like Instagram, Skype, Bloomberg, Pinterest, and Facebook.

This library took its first face during the hackathon at Facebook HQ, where developers were required to create Native UI elements using JavaScript. After that, it never looked back, and now it has become one of the most widely preferred libraries in the app development market.

Choosing the right tech stack for creating an application requires plenty of consideration, and why not? It is the foundation that decides the future of your mobile application and the business associated with it. The right technology stack not only brings your product into life but makes it functional, stable, committed, and robust for your business requirements.

To make the mobile application market-winning, the CodeStore team is sure that you are also looking for a reliable technology stack that not only wins customers’ minds but also offers a better business ROI.

To help you out, we came up with this blog, which will guide you through one of the most popular and market-leading libraries, React Native, that makes your application a worthwhile investment. This blog will completely explain what benefits React Native offers your business and why businesses should invest in it.

Let’s get deep into the post and know more about why React Native is the Right Tech Stack for Developing Your Next Big Application?

React Native: A library Which Doesn’t Compromise With User Experience

The market-giant Facebook first developed this library as an in-house project in a hackathon event in 2013; later, it got the face of the project React Native library with a few more libraries.

If we talk about its market, according to a developer survey in 2021, React Native has become the second leading cross-platform library among developers with a percentage of 45.

Have you ever wondered what functionality makes React Native so demanding?

The beauty of React Native is that you can Learn Once, Write Anywhere. This library allows developers to create a code once and use it on any platform like Android and iOS. This helps in saving a lot of time, dollars, and resources.

One of the compelling reasons for using React native instead of traditional web-view tools is to get your mobile application’s native look and feel. When it comes to enhancing the performance of the native modules and controls, nothing can beat React native. The reason behind it is that this library operates by connecting the native components of both OS, i.e., Android and iOS, and proceeding to create codes for native APIs independently. With every new release, it delivers more buttery-smooth UI performance than ever before.

Reusing codes is an important benefit of React native; this library is highly convenient, which helps developers in saving their time and efforts by eliminating the need to write separate codes for mobile apps on different platforms. The reason behind code reusability is that it is written in Javascript/typescript. You can minimize or merge many duplicate codes by simply sharing the logic across the different versions of the application. According to experts, more than 90% of the codes of React Native can be reused between both the Android and iOS platforms.

A simple user interface is a crucial component in the success of an application. The mobile UI of React native is extremely simple, which makes it look like the development of a JS library rather than a library. While creating an application, the developers need to comprehend the UI part as the whole application performance depends on it. Usually, the UI designs in other libraries take more time to load but React native reduces this time and makes the loading faster and the application smoother.

Why Should Businesses Go For The React Native library?

As an entrepreneur, several things cross the mind to build an application that wins over the customer. Whether it is the type of application, design, development time, features, or functionalities, you must consider every factor while picking up a library. If you are also looking to create an application with the following requirements, then it’s time for you to pick React Native as your app development library. 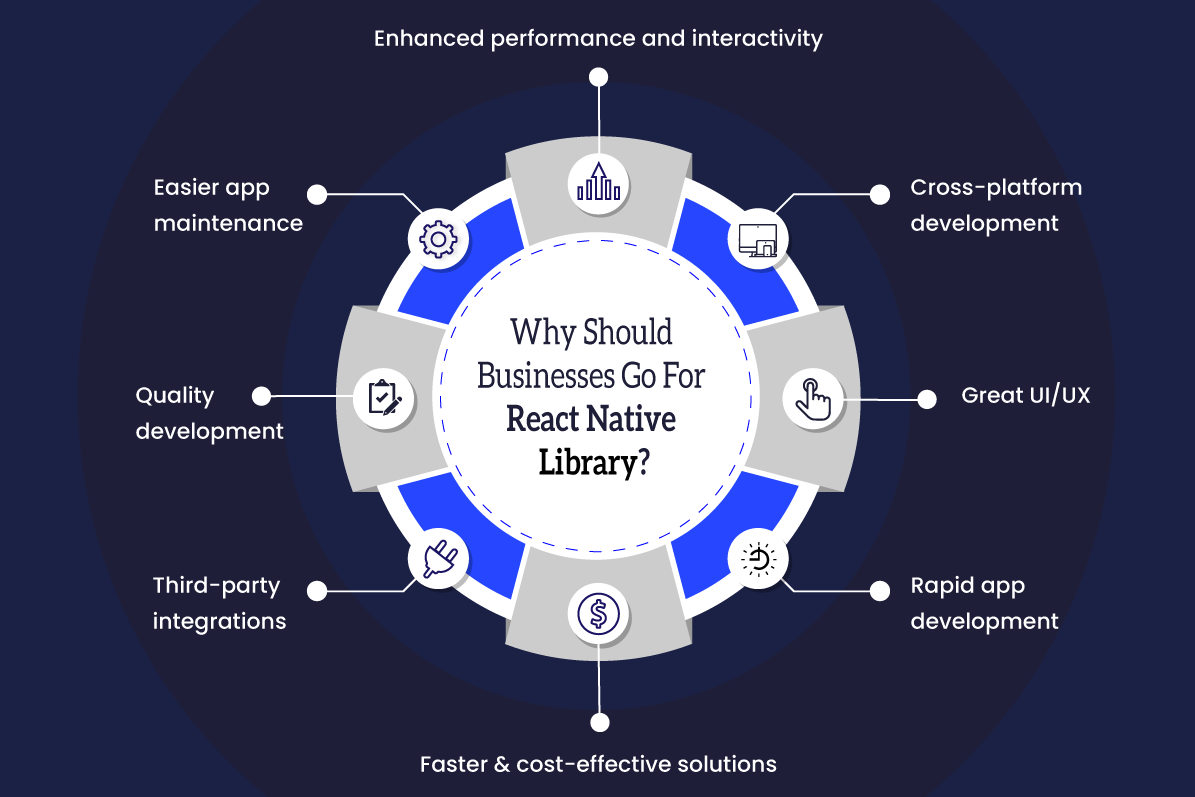 If you are looking for:-

And all your answers are in Yes. It’s high time to go for the React Native app development without any second thoughts.

Speed and quality matter a lot in the success of an application and React Native makes it achievable. Using this library will help you to reduce time-to-market, save costs significantly, and offer a great user experience. Hence if you are looking for cross-platform app development in a cost-effective range, React Native is your best choice.

Many companies have trusted this library and come up with best-in-class apps, so what are you waiting for? It’s time for you to make a decision that brings value to your business. Choose React Native library for your next mobile app development project and see what tremendous wonders this library does.

CodeStore is a leading web and mobile app development company in India, Canada, and the USA. We are a leading React Native App Development Company with a special focus on developing the most robust and flexible applications for our clients.

With the help of our skilled and experienced developers, we serve a lot of industries. We also help them in developing their dream apps. Get in touch with us and share your queries at: [email protected]