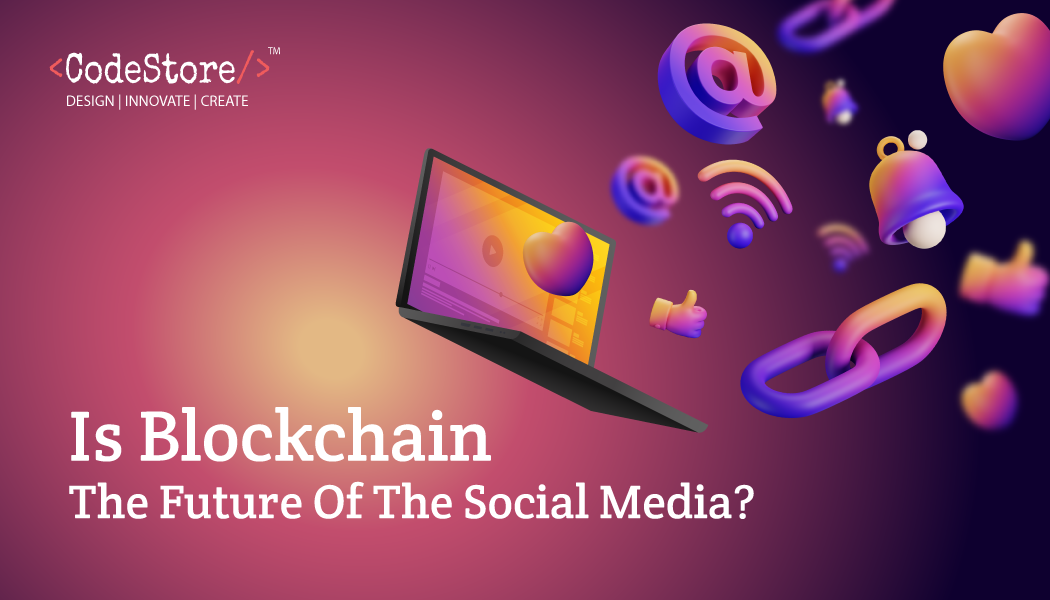 We all know that social networks have become the center of the modern Internet. Social media is the most used and popular activity on the internet, all over the world. Widespread use of social media has changed the way we communicate, but many acknowledge the fact that these changes aren’t positive; like spreading false information on social networks because the platform lacks to moderate the content effectively.

Talking about social media, names that come to our mind are Facebook, YouTube, Instagram, Snapchat, WhatsApp. These are some named social media giants that have millions of users using them every day. Not just in the state of a covid pandemic but even before that, social media has been dealing with problems related to privacy, user control, governmental objectivity, and other various activity resulting in chaos.

Let us start by looking at the current landscape of social media and issues related to it.

Over 4.88 billion active users have access to the internet, mentioned in a report by DataReportal as of October 2021. In contrast, there are now more than 4.5 billion social media users in the world. Traditional social platforms not only oversee users’ posts but also what they see since these networks lead to prioritizing revenue generation. Therefore, they offer users attention-grabbing promoting content, making them more entertained rather than well-informed.

A few factors that fuel the growth of social media platforms are:

To overcome such problems, a decentralized Social Network is implemented.

Also Read:- How To Create A Reliable NFT Marketplace?

What is Decentralized Social Networking?

Decentralized Social Networking is a networking platform built using blockchain technology that allows the development of applications and smart contracts. Decentralized social networks work on separately running servers instead of on a centralized server.

The benefit of such platforms is that they allow end-to-end encryptions for every interaction permitting individuals to have more secrecy and control over their data. Any person can set up their social network and define how it works and what users can say. Rather than having content supervised by a company, the founder of a traditional social network can establish the terms of acceptable behavior for the site. 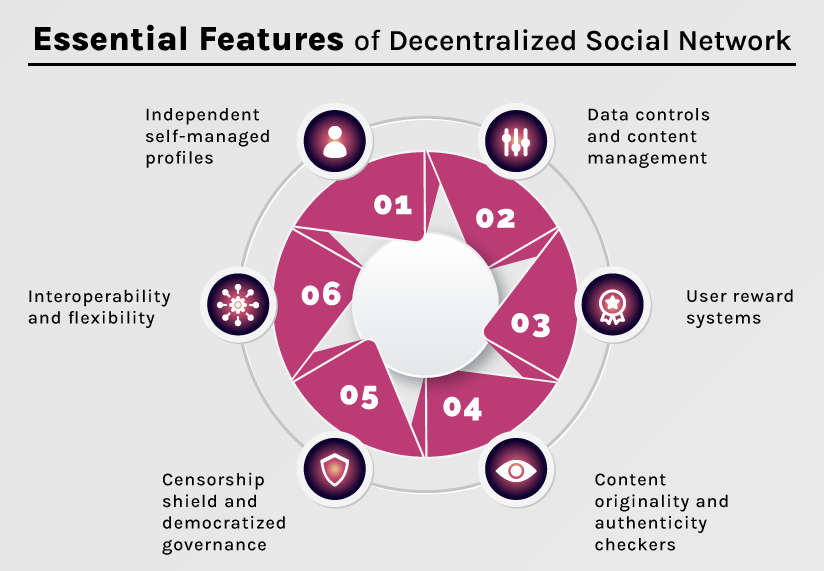 With benefits, there also come drawbacks, let us have a look at those.

Decentralized Social Networking platforms unlock distinct possibilities in search of unique creators, offering a better chance at getting attraction and making a living by creating content; with the payment transfer being faster and more efficient than ever. They connected many social networking platforms with e-mail addresses, phone numbers, and other personal information; Where there will be data, there will be scope for the data breach.

Then how can we address such a kind of system that can verify a user’s real profile and also protect the user’s sensitive information? Decentralized Social Networks could be an answer to that!

A blockchain is a distributed database that is distributed among the nodes of a computer network. Blockchain, as a database, stores information electronically in digital form. A database structures its data into tables, whereas a blockchain structures the data into blocks that are threaded together. This data structure natively makes an unchangeable timeline of data when implemented in a decentralized form. A block becomes a part of this timeline. When it gets filled with the data.

There are a few ways in which Blockchain and Decentralized Social Networks can improve user experience and change the current landscape of social networking. 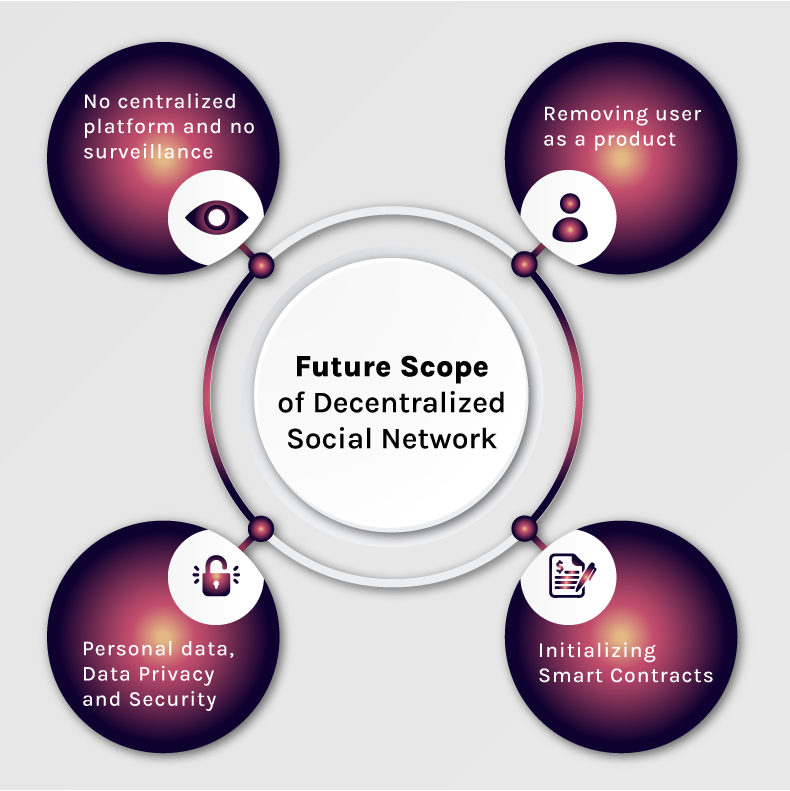 No centralized platform and no surveillance

Decentralized social media would have no central server. The whole network itself will supervise the management of the social network, using blockchain technology.

Decentralized social media would make it manageable so that actions or messages cannot be linked to a single person. A user could create a profile on the decentralized network, but have a unique code as their identifier, rather than personal information.

Removing user as a product

Social media succeeds in taking users’ data and selling it to digital marketers, taking the algorithm and influencing user experience. If someone is a company, they are paying for the data. If you’re the user, it’s your data that the organizations will purchase from the marketers.

In other words, if you’re trying to gain any sort of followers on social media, you need to pay for it. Social media marketing is a huge industry, with targeted and sponsored advertisements circulating feeds and sneaking from every corner.

Few companies benefit from the lack of transparency by taking advantage and creating fake impressions or accounts. Clients then pay for these impressions from their accounts but do not receive the benefits of an actual audience, such as an increase in their sales.

Decentralized social media could remove this issue with the help of smart contracts.

Blockchain allows the protection of users’ data through decentralized identity and other private systems. These systems could allow users greater supremacy through tools that enable them to own and control their data.

Decentralized social networks have provided answers to data privacy and security. Moreover, these networks constantly depend upon public-key cryptography for account security, instead of depending upon a single organization to protect user data.

Blockchain possesses the characteristics of transparency, security, and efficiency that make it more attractive to users exhausted from having their personal information used for the companies’ profit.

To summarize, Blockchain technology has the opportunity to change the landscape of social networking into a beneficial form of communication with everyone around the world.

If you have any requirements then feel free to share them with us at: [email protected].