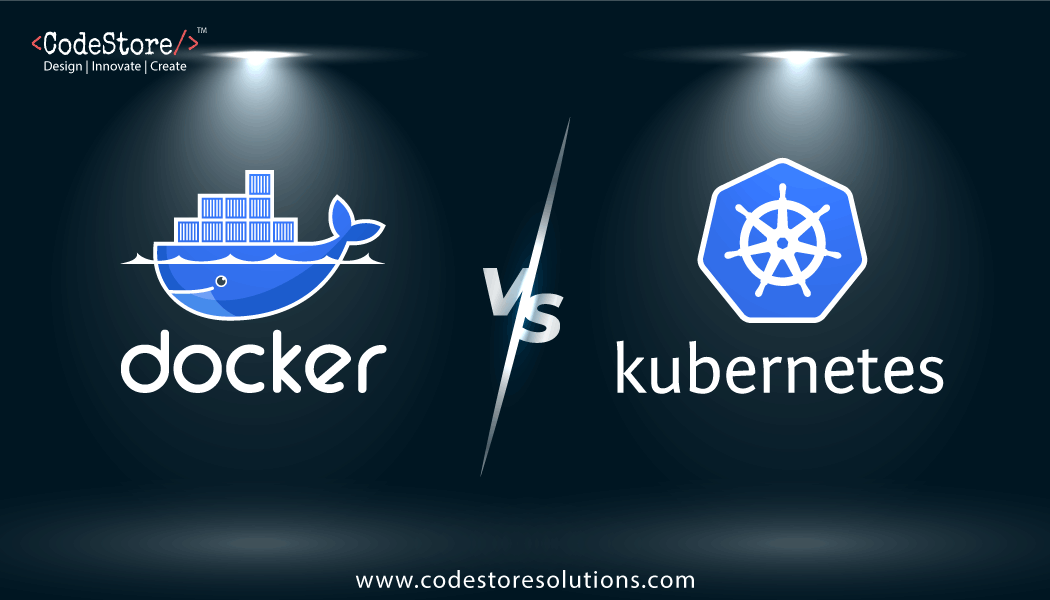 Containers are very critical to application development. A container is a standard unit of software that packages up code and its dependencies so the application can run smoothly and reliably from one computing environment to another. They are used for maintaining consistency across various platforms within the app development life cycle and thus, they are gaining more and more popularity among the developers. Developers code in the local environment and then move it to production. However, a piece of code that worked fine on a developer’s machine might not work in production. The reasons are varied; it could be due to the difference in dependencies, and user libraries.

This is where containers come into action. Above all, They simplify the portability of the code by allowing developers to separate it from the infrastructure on which it runs. In other words, containers provide developers with greater control over products compared to conventional means of virtualization. Because of their negligible footprint, they enable quicker development of apps and improves scalability.

Do you know, containers need to be coordinated and scheduled. Above all, The performance of these applications needs to be monitored too. Moreover, the tech market has witnessed many new solutions for the same. Kubernetes and Docker are the most popular amongst them.

The basic difference between both of them is, Docker behaves as a platform for containerization and Kubernetes is a container orchestration system for Docker. Therefore, In this blog, we will be aiming to perform a comparative study of two of the seemingly different, yet similar solutions and find out which is best.

So, Let’s start the blog and compare Docker vs Kubernetes.

Kubernetes is a container orchestration software designed and Above all, This is developed by Google in 2014 and maintained by Cloud Native Computing Foundation. Moreover, The system is open-source and used for automating the below-mentioned processes in containerized applications:- 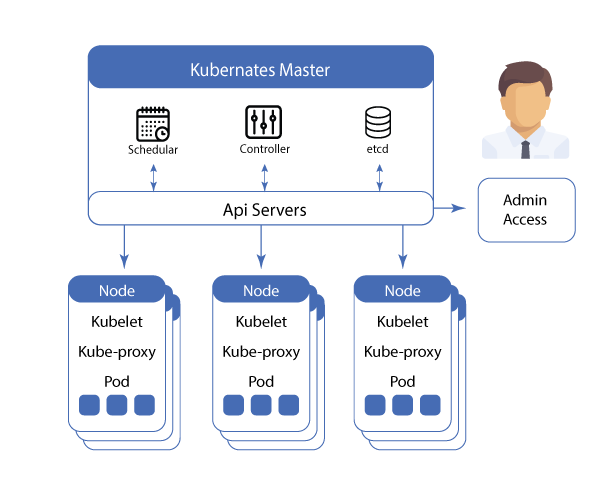 Above all, The flexibility and reliability of this application management tool are very helpful in the management of complicated applications running on various servers in different physical and cloud-based environments.

Kubernetes has been designed to simplify workload scalability using containers. This is especially important if you want to define how applications need to run and interact with each other.

Pods:- Container groups placed on the same node. Moreover, Pods in Kubernetes clusters are created, scheduled, and deployed together.

Services:- Used for pod group nomenclature. Moreover, Services in Kubernetes clusters behave as load balancers for traffic to be directed to run containers.

Replication Controllers:- Purpose designed to make sure a certain number of Pod replicas in Kubernetes clusters are scheduled and running. Above all, Replication controllers are the essential frameworks in the system.

What are the Key Features of Kubernetes?

Kubernetes has been known to be the most complicated containerization tool. However, the same has been rendered and made user-friendly via multiple upgrades in recent times. This software is not capable of extensive version control and easier application distribution and deployment.

Below are a few of the most important features of Kubernetes:-

Docker is also an open-source containerization system like Kubernetes but is very lightweight as compared to Kubernetes. Moreover, Over the years, its popularity has soared in the cloud and containerized application packaging and distribution. Above all, This orchestration system enables the automation of application deployment in portable and lightweight containers.

Above all, This software is primarily used for virtualization at the system level. Moreover, Docker enables users to run multiple operating systems on a single virtual host via clustering of various Docker hosts.

The most important aspects of Docker are listed below:-

Worker Nodes:- Functions in a worker node in a Docker Swarm include running the containers and services the Manager Node assigns.

Services:-  These components in a Docker Swarm includes the blueprint description needed by the discrete containers. Moreover, they distribute themselves across the nodes.

Tasks:-  Single containers in a Docker Swarm place their work on slots known as tasks.

Docker has been developed on the below-mentioned 4 cornerstones:-

Based on its built-up, Docker comes with the following essential features:-

Docker Vs Kubernetes: Table of Comparison

Some Pros and Cons of Kubernetes:-

Here are some of the top pros of using Kubernetes.

What are the Pros and Cons of Docker?

Here are some of the significant advantages and disadvantages of using Docker containers.

Taking a Closer Look at the Difference Between Docker vs Kubernetes:-

Both container orchestration tools have been developed to limit hardware usages and save resources. Both are tremendously helpful when it comes to business resource management. However, Kubernetes and Docker display some differences that cannot be neglected. Let’s have a closer look at those differences between Docker vs Kubernetes.

Above all, Kubernetes is best for those who are fussy about their dashboards. Moreover, The GUI can be leveraged without restrictions to control clusters. This is especially helpful when you are a bit non-tech-savvy. On the other hand, Docker is known for enabling easy management of UI using third-party tools.

Meanwhile, Kubernetes comes with built-in tools for logging and monitoring to analyze failures via past logs and keeping an eye on the health of containerized nodes. Whereas, Docker doesn’t have this ability because of the lack of built-in tools. Instead, it makes use of third-party tools for the same.

Kubernetes installation is comparatively easy in a testbed. However, running it at scale would need some more effort. On the other hand, Docker leverages CLIto run programs.  Above all, A single set of tools can help in easy configuration.

Docker, on the other hand, comes with built-in features for load balancing. This involves a common network where containers of the same cluster can join and enable the connection of all nodes to all containers.

Above all, Kubernetes comes with its API, YAML definitions, and client, which are way above their standard Docker equivalents. However, new containers can be built using a single command of one Docker CLI.

Final words: Which is Better – Docker Vs Kubernetes?

From this very comparative blog, It is clear that Kubernetes is a better container orchestration solution as compared to Docker. The latter lags behind when it comes to fulfilling the demands of the open-source community. Kubernetes, on the other hand, has gained popularity due to quick evolution with positive updates.

It is not only functionally superior but also technically more advanced than Docker. Moreover, Kubernetes enables better health checking at the Pod level along with more effective container scheduling and scaling. This also offers namespaces with role-based access controls.

So that’s it for Kubernetes vs Docker. If you have any questions then feel free to share them at [email protected].