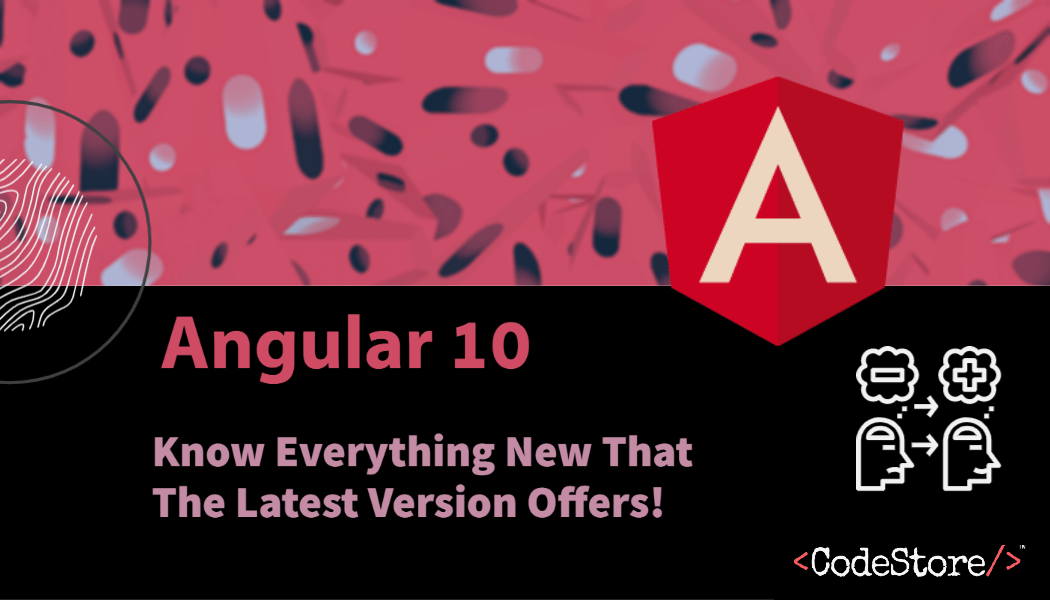 Just after everyone was settling down with the biggest release of Angular since AngularJS, Angular has rolled out yet another new version. Angular 10 is a significant update to the popular web development framework. The latest version of the Google-developed typescript-based framework focuses on tools, quality, and ecosystem improvements rather than new features. Angular 10 is smaller than the previous versions of Angular.

Let’s unfold the major features of the Angular 10 one by one.

This upgrade feature is compatible with TSLib 2.0, TypeScript 3.9, and TSlint 6. It is important to note here that the TypeScript 3.9 is a breaking change and the update is not supported for TypeScript 3.8 and below. By staying up-to-date with the newest libraries of TypeScript, it ensures that the project does not have outmoded codes.

This is a handy update that comes with Angular Material which allows for the selection of date range. One can select the start and the end date which is apt for creating forms during the time of employment, bank tenures, etc.

Default ES5 builds have been disabled for new projects paving the way for new default configurations to be set. Users can enable the browsers that they require by editing the browsers listrc file. The abandonment of the ES5 build allows for smaller bundle sizes along with faster compilation time.

Strict mode allows you to build a brand new workspace/project that enhances maintenance, aids in early catching of bugs and facilitates advanced optimization processes by the CLI.

If we elaborate, these are the important points:

It can be enabled by calling:

Allowing stricter TypeScript rules will improve your application’s optimization in the long run.

The angular package size does not contain any more EM5 or FESM5 packages. The download memory will save 119 MB to minimize the angular installation time. The cycle to start new areas/projects is speeded up substantially.

Some wrappers and classes in this new release are deprecated like the @angular/core, ResolveOptions, resolve, and @angular-devkit / core terminal.

The other new features of Angular 10 are:

The sweeping changes that Angular 10 has brought is here to stay for a while. If you are looking to hire Angular developer, you need not worry as it won’t take much time for the coders to adjust to the new Angular environment as the new changes are mostly aimed at improving efficiency. The commitment of the Angular team to keep Angular up-to-date and relevant is praiseworthy.