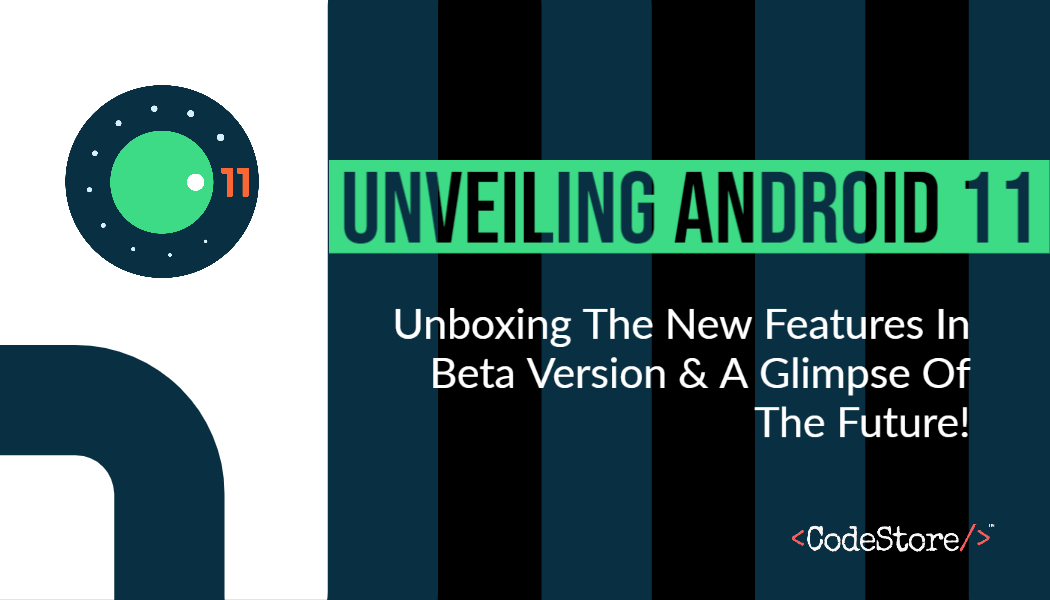 The Android 11 beta has made its debut and the market is closely watching the new features of the app. Google has always been pro-active with its updates and support to aid the developers and businesses. In a normal scenario, Google IO should have happened and Android 11 would have been launched by this time of the year. But, the worldwide Covid-19 pandemic has altered the equation. Instead, Android released the beta version in June with a blog post and an array of developer-focused videos. Subsequent beta versions are expected to land in July & August followed by the finished release probably in September.

Android is already a power-packed mobile operating system with almost 3/4th market share. With Android 11, the user experience is going to be much better. The new OS will introduce several new features coupled with technical enhancements that will change the course of mobile applications.

The phones that are currently eligible for the beta version of Android 11 are as follows:

There have been reports of confirmation from some companies that their phones will get the Android 11 beta that includes Xiaomi & Oppo. However, only Google & the newer OnePlus phones will actually get it for now. 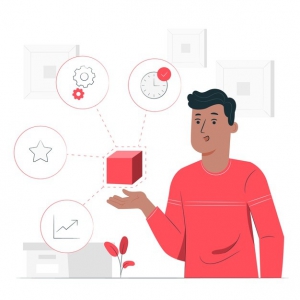 The Plethora Of New Features!

Native Screen Recording: The introduction of the screen recording feature was doing the rounds for a long time. Now, Google has pretty much confirmed that Android 11 will flaunt a native screen recorder and spare the users from installing an additional app to record the phone screens.

Media controls: The public beta version of Android 11 has brought enhanced media controls. It is now easier and quicker to switch the output device for a video or audio content. Switching from speakers to earphones to a TV was never so seamless!

Network Detection: Android 11 has incorporated a new feature that will allow applications to detect whether the device is connected to a 4G/5G/Wi-fi connection. This will greatly optimize performance by adapting to the network and wasting data unnecessarily.

Mute Notifications During A Video: Android 11 will allow its users to mute notifications while recording a video.

App Permissions: Android 11 has tried to bolster the security of the users by modifying the way of granting app permissions. Traditionally, a user needs to grant permission to the app to allow it to use a camera, microphone, or access contacts. It seems that Android 11 will provide a user the choice to give permission ‘Just this once’. Thus, the user will know exactly when the app is accessing specific parts of the phone.

If an application is not used for some time, the permissions will automatically get reset to the default version. The users will be occasionally prompted to confirm whether they still want to grant a set of permission/permissions to the app that was granted before.

There are some exciting additional options. For instance, the priority of an incoming notification can be set by the user with a long-press. There are three options to choose from- Priority, Alerting, and Silent. If the user doesn’t want a particular conversation to pop up in the notification, he/she can do it without any hassle.

Messaging Enhancements: Android is hell-bent on improving the messaging experience for the users and many new features are being introduced. Chat bubbles are introduced for the first time in Android 11. It will hide all the ongoing conversations in little bubbles. These are movable and a user can tap them to open specific conversations. 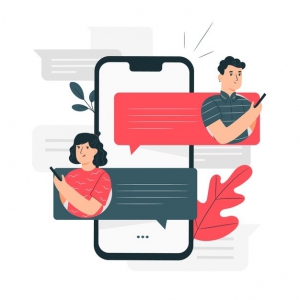 A dedicated section for conversation in the notification bar is going to be introduced in Android 11 that offers instantaneous access to all the live conversations. It is also possible to send images while replying to a message from notifications now.

Adaptation On-Screen Types: Android 11 is developed to be run on the foldable devices efficiently. 2020 will witness smartphone companies introducing foldable smartphones in the market with multiple sizes and resolutions.  It seems that the Android team has already anticipated the surge in popularity of foldable smartphones and worked to match it.

Privacy Of App Usage Stats: To secure the data of the users, Android 11 will save the app usage statistics of the users in the encrypted storage. Neither a system nor the app itself can access the data unless a specific coding is done. It is based on two conditions:

Implications On The Mobile Applications By Android 11:

Restriction To App Permissions: Android 11 affects the appearance of dialog boxes within apps. On twice denial of permission to an app, it will be considered as “Do not ask again” by Android 11. App providers and marketers will have to explain why the app needs a specific set of permissions and what it does with the data.

App Termination Data: The app reporting feature of Android 11 has broadened its functionality to incorporate app crash reports in detail. App crashes due to memory issues or the non-responsiveness of the app are recorded in a log and saved, which can be utilized for further diagnosis.

5G support: Android 11 is designed to help the hardware reap maximum benefits of 5G infrastructure. Android 11 couples fast file transfers with low latency which helps in improving productivity across the board along with 5G.

Progressive APK Installation: Lengthy app installation has plagued Android OS ever since inception. Android 11 has tried to address this by streamlining the process which allows the user to launch the app even when the installation is going on.

Expedited Support for Neural Networks: Android 11 has a new neural network API 1.3 that aids in the smooth running of the machine learning apps on the device. 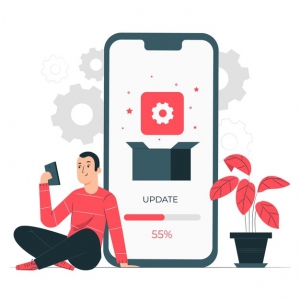 A Glimpse To The Future: What Changes Do We Want!
These are the improvements we’d like to see in Android 11, that we still don’t have in the latest build of Google’s operating system.

1. A new NFC file-sharing alternative
Android 10 introduced Android Beam which allowed sharing of files over NFC between phones. File sharing was pretty easy for users but somehow it’s gone now. We expect it back or a similar alternative that allows you to share files effortlessly. For the moment, it can be quite a hassle to utilize a specific app to do so and Android should provide something on the lines of Apple’s Airdrop.

2.  Extended chat ‘bubbles’
Chat bubbles were first introduced in Facebook messenger. It was a great utility that could be laid over other apps on the screen. It allows the users to view the conversations while using other apps simultaneously in an easy-to-access format. Not every application is compatible, but all apps where messaging is an integral part must have this bubble feature. If more apps like Facebook, WhatsApp, Instagram, and the dating apps have this feature, it will be pretty easy to keep a vigilant tab on various conversations

3. Enhanced Dark Mode
The dark mode is not liked by everyone but for those people who do, it was not pleasant for them to utilize it on Android 10. Not all apps have dark modes. Using the smartphone with active dark mode can make the users feel like they are jumping from dark apps to light apps and vice versa. On apps that come with dark mode, not all texts are color-swapped. Thus, they can remain invisible & this can actually happen on Google search which might be a hindrance to see suggested results.

In order for the dark mode to be useful on the smartphones, it actually needs to be utilizable uniformly for most apps rather than just an optional toggle sporadically.

Android has been the flag-bearer when it comes to leading the smartphone market towards the future. The beta version of Android 11 is similar to Android 10in terms of visual aesthetic, but there are many changes and new introductions that we have covered in the article.

From adapting to folding devices to 5G to machine learning to improving user experience- Google has made sure that billions are delighted with each update! It is expected that Android 11 will offer a host of never-seen-before capabilities for the apps and set a standard for the other OS competitors.