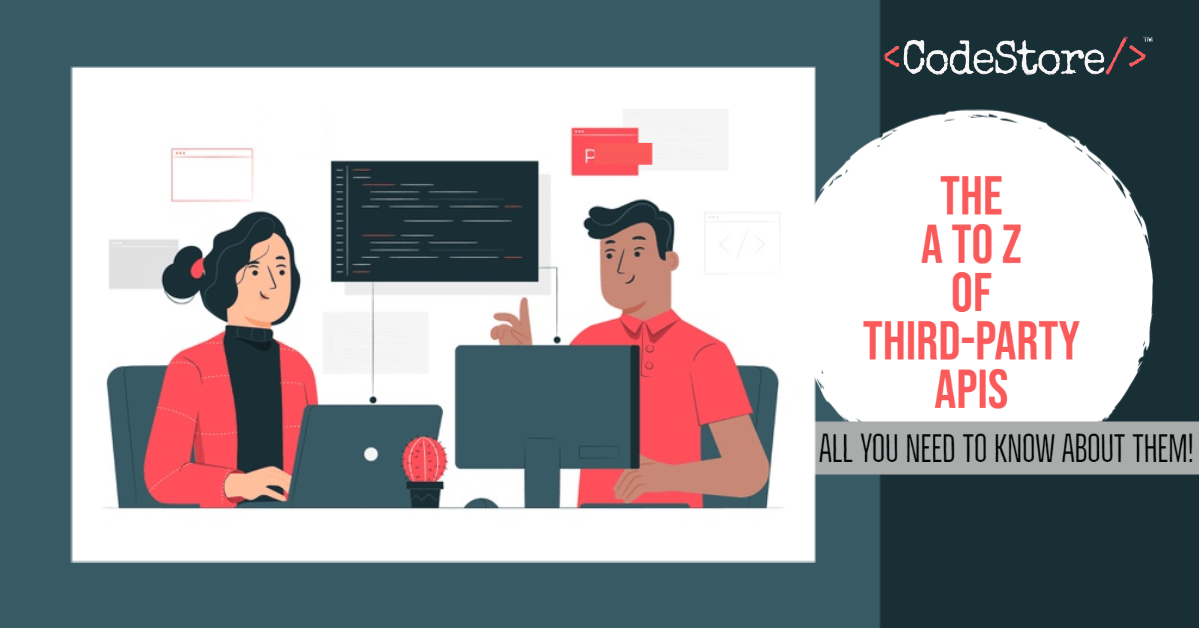 Web technologies have, of course, drastically changed the world and have given us an infinite variety of business opportunities. All facets of life today need an application or a web site. Although some businesses can afford to invest huge amounts of money in crafting a high-quality app and wait for some time before it is published, others have to develop more quickly, given the limited time & budget they have.

Let us consider a scenario where a business has launched the Minimum Viable Product and they want to upgrade it now with additional functionalities like social access, geolocation among many other things. This is precisely when the third-party app integrations come handy. In this section, let us find out all the specific features of third party integration and see if they can actually facilitate the best help to existing apps!

Third-party APIs- What are they?

API stands for Application Program Interfaces, and the term ‘third-party API integration’ denotes the addition of essential external data packages to an existing application to upgrade with new features. Thanks to the third-party APIs, developers can devise a new solution with the existing solutions in a briefer period of time and not write code for the new components from scratch.

For instance, while creating an app that allows people to order goods online, the requirement for a chat module can arise within it. To address the issue, the developers can easily leverage the code of an available API and integrate it with the app, instead of developing a new chat interface.

As you don’t have access to the source code for a third-party application API, you need to figure out a way to understand how it operates and to test the full implementation. Many documents also have live querying tools that allow you to run tests to ensure compatibility of documentation and code. If not, make sure you find a way to test it before it is implemented as there are substantial differences between production and documentation APIs.

Make sure everything is consistent while you look at the documentation and the library. Lack of coherence will lead to poor quality of the underlying code, and you will have trouble enforcing it.

Researching on the web can help you to prevent surprises, such as finding out the prevalence of change and failure, or getting news of the company’s selling and end of service.

As you compare API pricing, you can think that one is comparatively cheaper than the others. Yet, digging deeper might make you realize that in higher quantities the cheaper is actually more costly.

One should look at a pricing plan that suits all needs. A business will scale in due course, and adding new users or responding to a few extra requests shouldn’t become so expensive that it forces migration to another service.

If personal data is shared between a service and the provider, one should definitely have a look at the data privacy policy and whether it conforms to your business.

The Pros Of API Integration

The integration of APIs developed by third parties have been adopted by many businesses and developers and here are the reasons:

There is no doubt why the integrations of third-party APIs look so enticing. But, even if they can significantly boost production, there is a flip side as well. If an app is developed by utilizing far too many third-party integrations, it can result in significant inconveniences in the performance later on.

The Cons Of API Integration

It can be very exciting to trim developmental efforts and costs while getting a secure project in a reduced time-frame, but one should be wise and consider the possible risks. The app can face many critical issues and here is a gist of what can actually happen:

What is a public API?

A public API can be defined as an application that can be freely accessed by any software developer.

How to gauge the associated risks?

Integrating a third-party code with an app developed by a business would definitely affect other characteristics. It is suggested that developers consider the associated risk while preparing to implement third party APIs. A piece of comprehensive knowledge about the app facilitates tackling problems in a more timely and planned way. Risk management is crucial for projects with a predetermined period, and if a business isn’t ready, it may be expensive.

How is API tested?

API testing is done during the development of the APIs and the performance is tested again after the integration with an app.

Is there any difference between API and web service?

How To Get The Developer Key?

Security and accountability are critical aspects of API integration. Third-party API vendors require developers to own a developer key to comply with the same principle. Only after this key is available to a developer can the integration process continue. You can either connect to the vendor or browse the product page to generate it in order to get the Developer keys of the API.

You can improve your mobile app features without reinventing the wheel using the API for third-party integrations. Such an integration greatly decreases device design costs and time, thus making the application distinguishable from the crowd and rising user participation.